Part I: What and Why?

The ZVEX Ringtone is a unique ring modulation guitar effect. What is ring modulation? In essence, the term describes multiplying two electrical signals together. Multiplication of electrical signals produces harmonics known to nerds as side bands. As the frequency or timbre of either signal changes, so do the resultant harmonics. These harmonics can be interesting for musicians eager to experiment with sound, or to people who like to annoy their neighbors and loved ones. Commercially available ring modulation devices typically multiply an incoming audio signal with another signal generated within the device itself. The self-generated signal can vary wildly with frequency depending on how one sets the controls for the device. What makes the ZVEX Ringtone unique is that it can sequentially step through eight different multiplying frequencies, either automatically or at the push of a foot switch. This opens up a whole new realm for artistic expression.

A friend of mine bought one of these effects, but was unsatisfied with it. He wanted to be able to cycle though the eight different modulations by hitting his guitar strings hard instead of using his foot to push a button or letting the effect step through the eight modulations by itself. This is where I came in.

Part II: How? An Overview

After making a few measurements, I found that the Ringtone's "next step" input accepts a simple 5V positive or negative edge as a trigger.

While I had the Ringtone open, I also found that there would be no way to squeeze additional circuits in the existing enclosure. This meant that any modifications to the effect would need to live in a separate enclosure and be attached somehow to the Ringtone. At a high level, I settled on the block diagram shown in Figure 1 below.

Figure 1. A block diagram of the Amplitude-Controlled ZVEX Ringtone system

The next step was to decide what should be inside the "amplitude control circuit" box. How can one measure the volume of an audio signal and convert that information into a binary "loud" or "not loud" signal that controls the ZVEX Ringtone? Thankfully, this is a well-explored problem space with a lot of good solutions. I settled on the design below.

Figure 2. A block diagram of the add-on circuits needed to create the Amplitude-Controlled ZVEX Ringtone


Part III: How? The Circuits 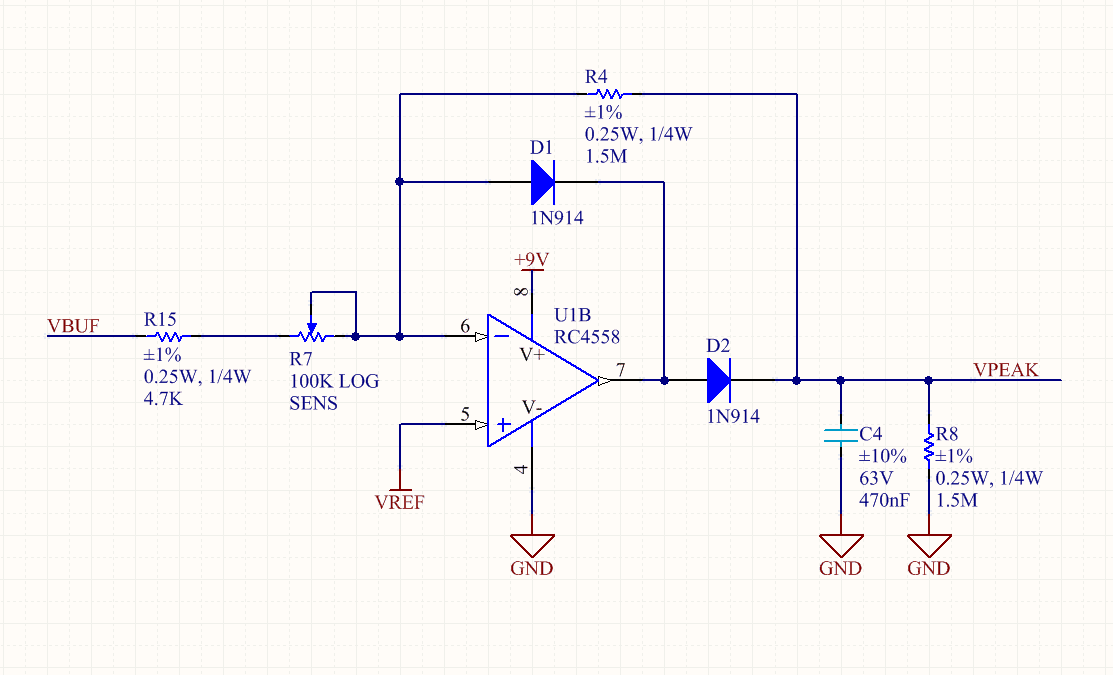 Figure 3. The envelope-follower circuit. VREF is about 2.9V.

This circuit is a basic absolute-value circuit driving a capacitor and a large-value resistor in parallel. The absolute-value circuit is able to increase the voltage across the resistor and capacitor (VPEAK), but it cannot decrease that same voltage because of D2. The only way for VPEAK to fall is for charge from the capacitor C4 to flow through the resistor R8 to ground. By choosing the right values for R8 and C4, VPEAK will nicely follow the envelope of any audio signal.

R7 controls the sensitivity or gain of this circuit. Having some adjustment available makes the circuit adaptable to different signal levels. Guitars with active pickups that generate relatively large peak-to-peak signal voltages would need much less gain than guitars with more traditional passive single-coil pickups.

The envelope-follower circuit presented here is certainly more complex than the aforementioned popular implementations, but not by a huge margin. For a few extra components, you gain significantly better performance.

Figure 4. The comparator circuit. The LM311 was chosen simply because I had several on hand. VREF is about 2.9V as before.

The comparator circuit shown in Figure 4 takes its input from the envelope follower. Like all comparator circuits, its output voltage will go high when the + input is greater than the - input and vice versa. This particular circuit implements some hysteresis via R9 that prevents undesirable behavior when the voltage VPEAK is nearly equal to VTHRESH. Hysteresis requires positive feedback, so the input from the envelope follower is taken from the comparator's - input in this case. Q1 is used to invert the output signal so that the output voltage VPULS is high when the VPEAK is greater than VTHRESH.

Following the comparator is a simple and very necessary element of this design: a D-type flip flop. The Ringtone will advance to the next step when it sees either a positive or negative edge on its control input. If we just plugged the output of the comparator circuit into the Ringtone's control input, the Ringtone would advance two steps for each time the guitar signal exceeded the threshold. Figure 5, below, shows the D-type flip flop's role nicely. 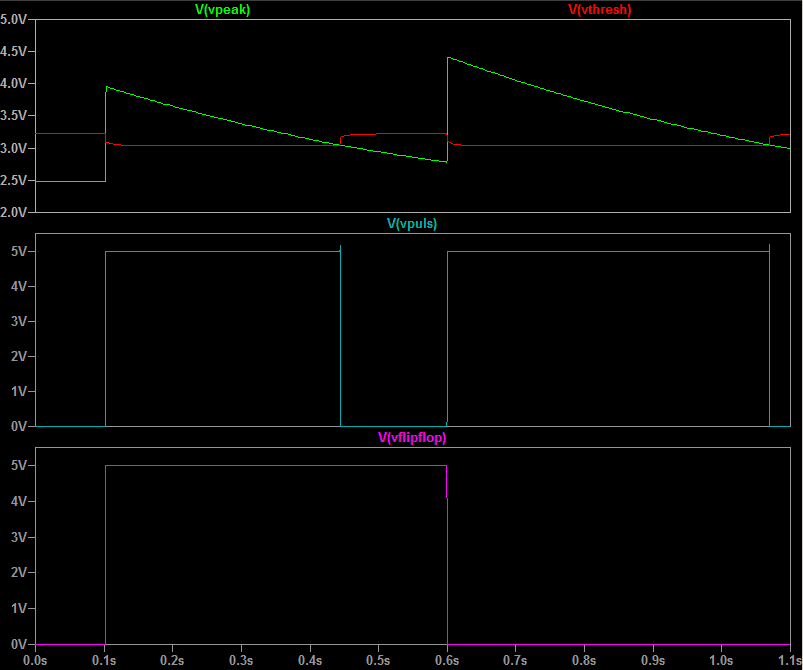 Figure 6. The simple D-type flip-flop circuit used in this design. The specific IC used is the SN74LS74A since I already had some on hand.

There are other circuits in this design -- power circuits and voltage buffers, but their operation is much less interesting and are therefore omitted from this discussion. A complete schematic of this design is given at the bottom of this page for those interested in all of the gritty details.

Recalling Figure 1, the design intent is to source both power and ground from the ZVEX Ringtone as well as send it a control signal. Guitar pedals don't typically have power output and control signal in jacks, which means that I had to drill a hole for a 1/8" TRS jack in the side of the Ringtone.

Figure 7. Inside the modified ZVEX Ringtone. Note that the small jack on the right-hand side of the chassis is the added 1/8" TRS jack. The new wires are pointed out in yellow: The red wire for +9V, the black wire for ground, and the green wire for the control signal to the Ringtone.

Figure 7 shows a few added wires needed to steal power from the Ringtone and to splice in the control signal. It was a tight squeeze getting everything out on to the TRS jack, but it is possible. Adding a jack like this means the modification can effectively be undone by simply pulling the cable out of the jack. The jack itself is quite small and is on the side of the pedal instead of the face.

Figure 8. The lot hooked up and ready to go. A simple headphone extension cable connects power, ground, and control signal between the ZVEX Ringtone and the new circuit.

Below is an audio clip recorded to show off the modification.


This clip was recorded with a Fender Jaguar Baritone Custom plugged directly into the Amplitude Controlled ZVEX Ringtone system. The output of the effect was plugged directly into a KMI K-MIX feeding REAPER. A small amount of reverb from the Alesis MIDIVERB II was added, as well as a little compression from REAPER.

Part of me wonders if the envelope follower circuit was even needed at all. It has its own rise and fall times that prevent frantic advancement of the Ringtone's step, but I never tested the system without it. It's totally possible that this part is unnecessary.

I also wonder if not connecting the D input / Q' output to ground with a 100KOhm resistor was a bad idea. Testing didn't show that this was a problem, but my intuition tells me that not having some kind of ground tie may cause the circuit to get stuck in a weird state upon startup.

Below are links to the files needed to build the PCB I designed for this project, the bill of materials, and the schematic. Armed with these items, anyone could build the circuits described here. Please note that the bill of materials does not include things like jacks, and the potentiometers for the controls. Those items vary wildly in availability based on country, so I left those to be sourced by the enterprising reader.

I also neglected to share the details of the enclosure for the amplitude control circuits. Since making this only requires drilling a few holes in a run-of-the-mill metal enclosure, I don't feel the need to explain that.