Replacing the sliders in an Ensoniq VFX series synthesizer

These instructions were written based on the SD-1, but the process is nearly identical for the VFX and VFX-SD.

First, some replacement sliders are necessary. One can get them from Syntaur of course, but they are 10x the price from an equivalent on Mouser or some other popular electronic parts retailer. The sliders are a fairly standard 60mm model. The originals are 5K linear but 10k linear sliders are easier to get and work just the same. Bourns makes a nice part with part number PTA6043-2015CPB103 that's available cheaply on Digi-Key.

First, remove the four allen screws holding the top cover on, pull off the plastic caps for the sliders, and open the synthesizer. It's easy to lose little parts like screws and caps, so keep them safe so that they do not run away!

The sliders are on the display / interface board that's mounted to the top face of the synthesizer. On the SD-1, this board has a cardboard cover, pictured below: 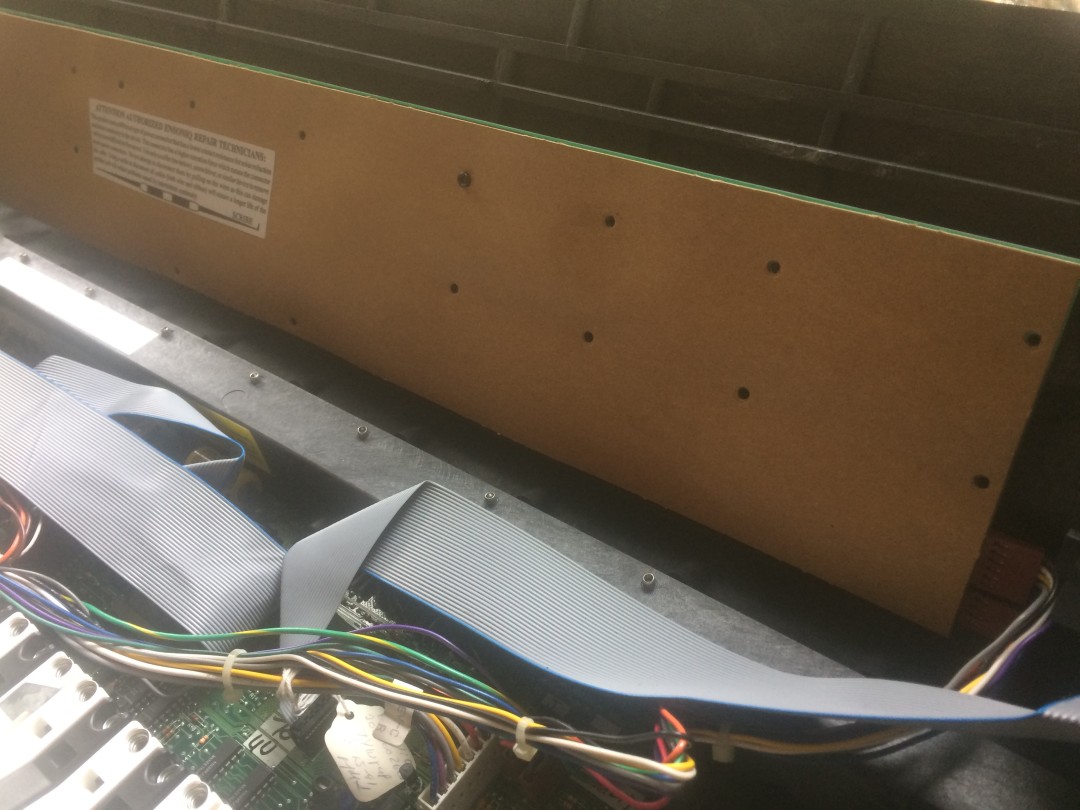 Figure 1. Inside of the Ensoniq SD-1, showing the display / interface board's cardboard cover.

Remove all of the screws that hold the cardboard to the display / interface board. 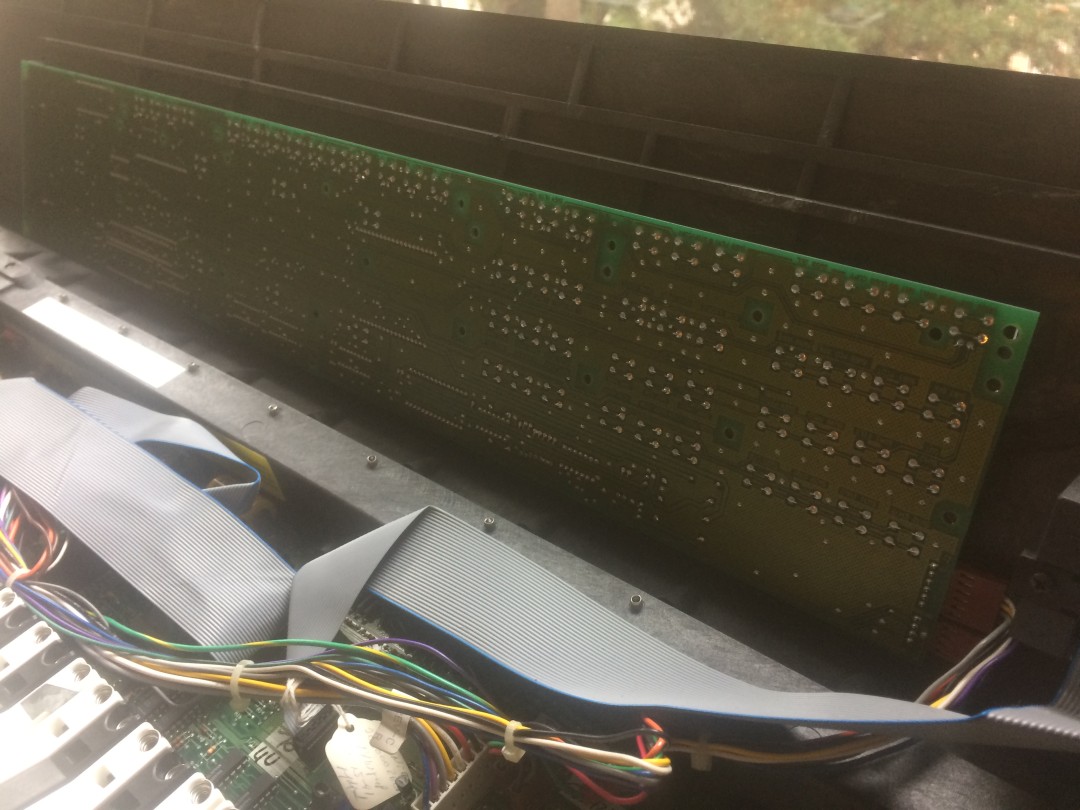 Figure 2. The unprotected display / interface board.

One should be able to simply pull the board away from the front cover at this point. Be careful not to lose any button caps that may fall when removing the board.

When the board is free, unplug the two connectors that attach it to rest of the synthesizer. Be careful and use a thin, flat tool to release the latches that lock the connectors.

Figure 3. The display / interface board connectors. 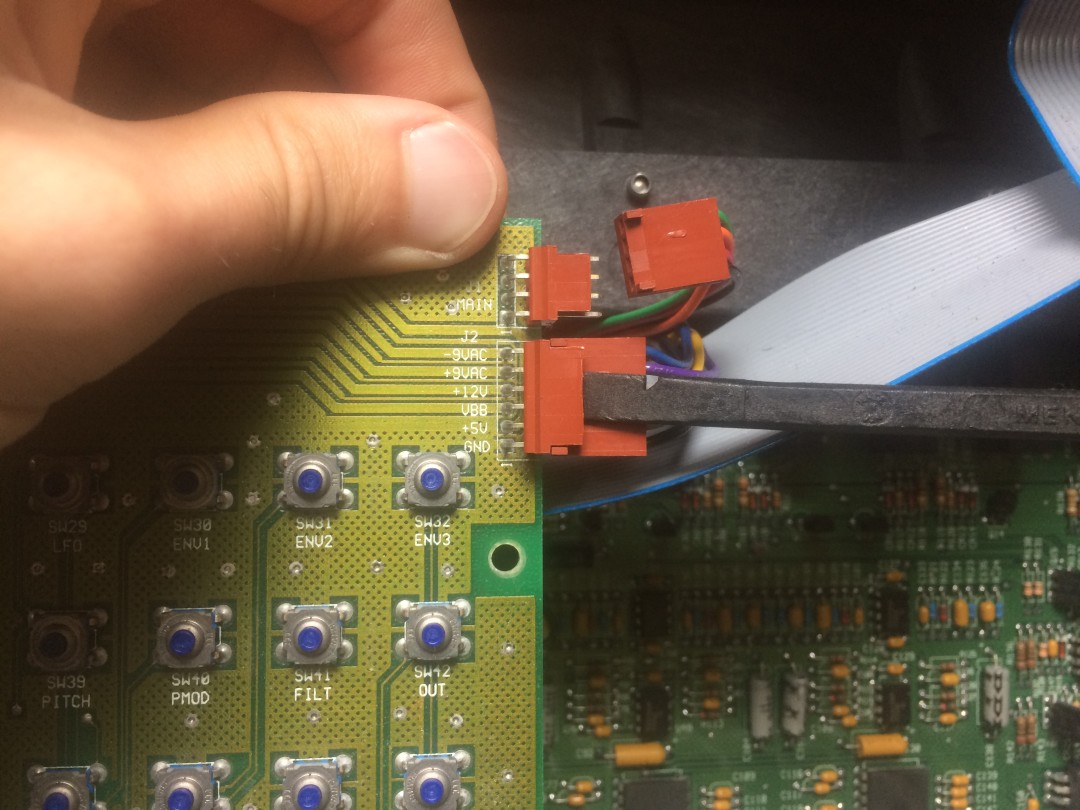 Figure 4. The display / interface board connectors, showing the use of a removal tool.

The sliders are labeled with silkscreen on the board: 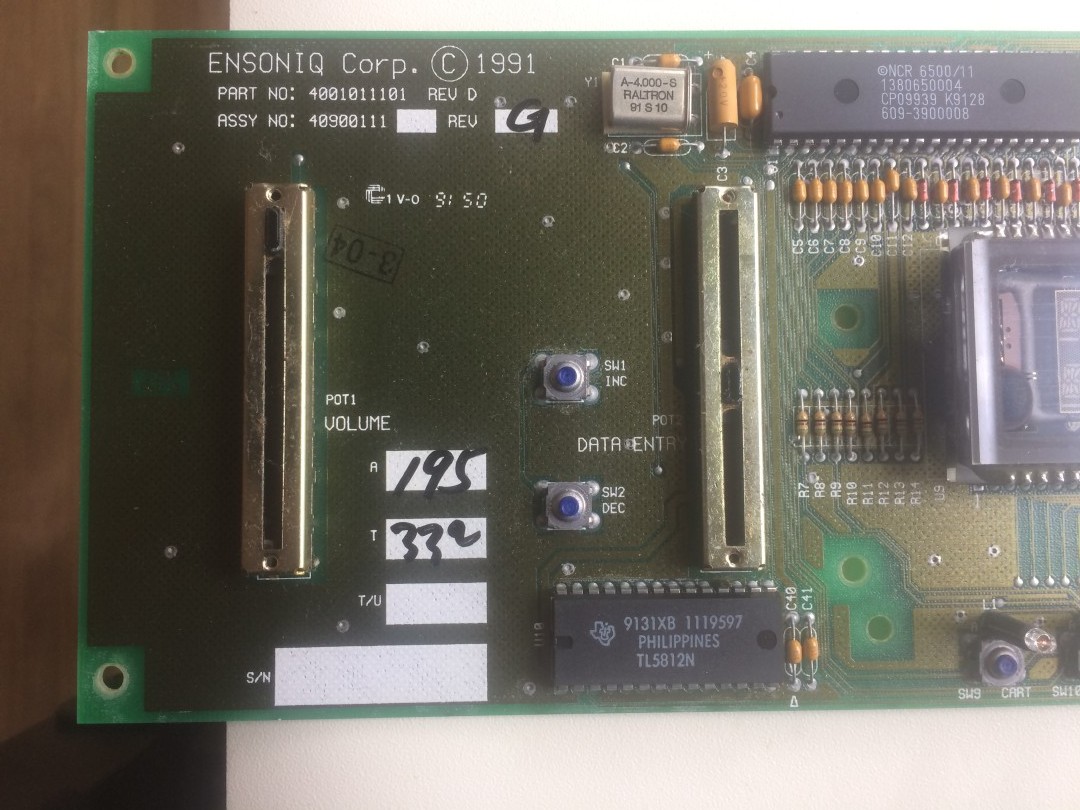 Use your favorite desoldering technique and pull the solder from the sliders so that they can be removed. Be patient and do not use a lot of force to pull the sliders out. Too much force, and the PCB tracks may rip up.

Now comes the fun part. The sliders available cheaply on Digi-Key or Mouser may have bent "legs" that won't fit in the PCB right. Some sliders also have other small metal features that get in the way. Simply bend their "legs" into the right shape to fit into the place where the old sliders sat and / or clip off the small metal features. 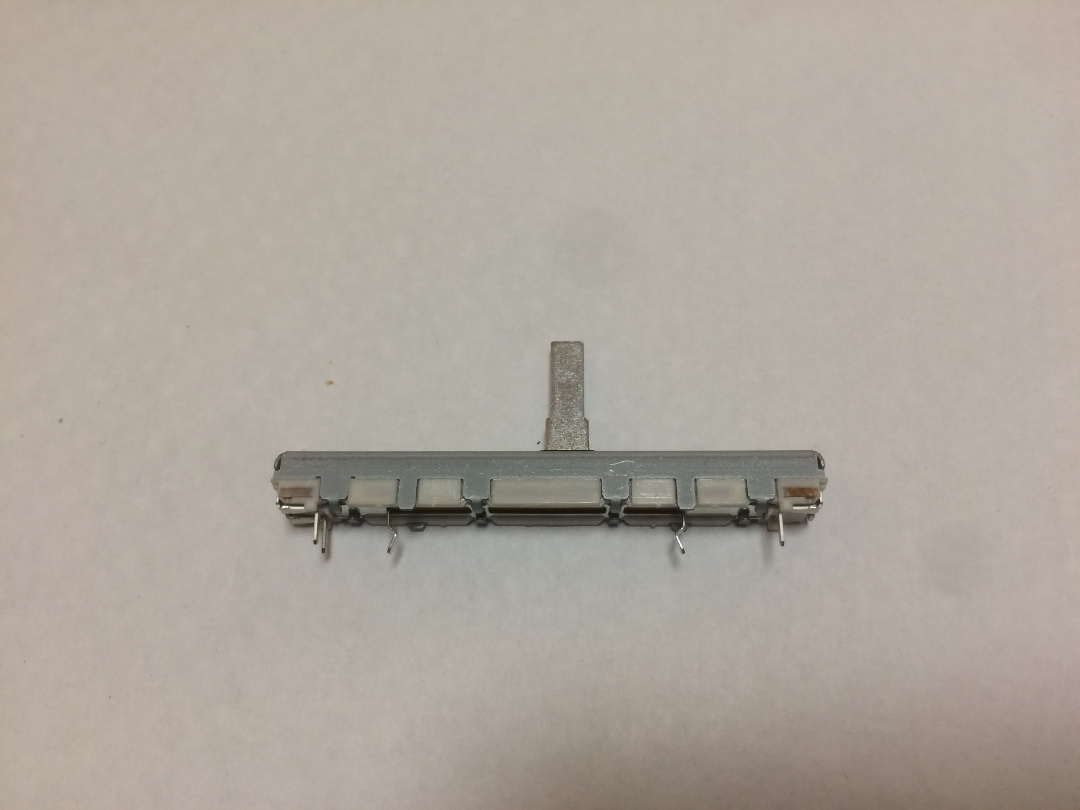 Figure 6. A new slider that I bought as it came out of the package. Note that the "legs" will not fit into the PCB holes as-is and that the little metal features in the middle of the slider body have no place to go on the PCB. 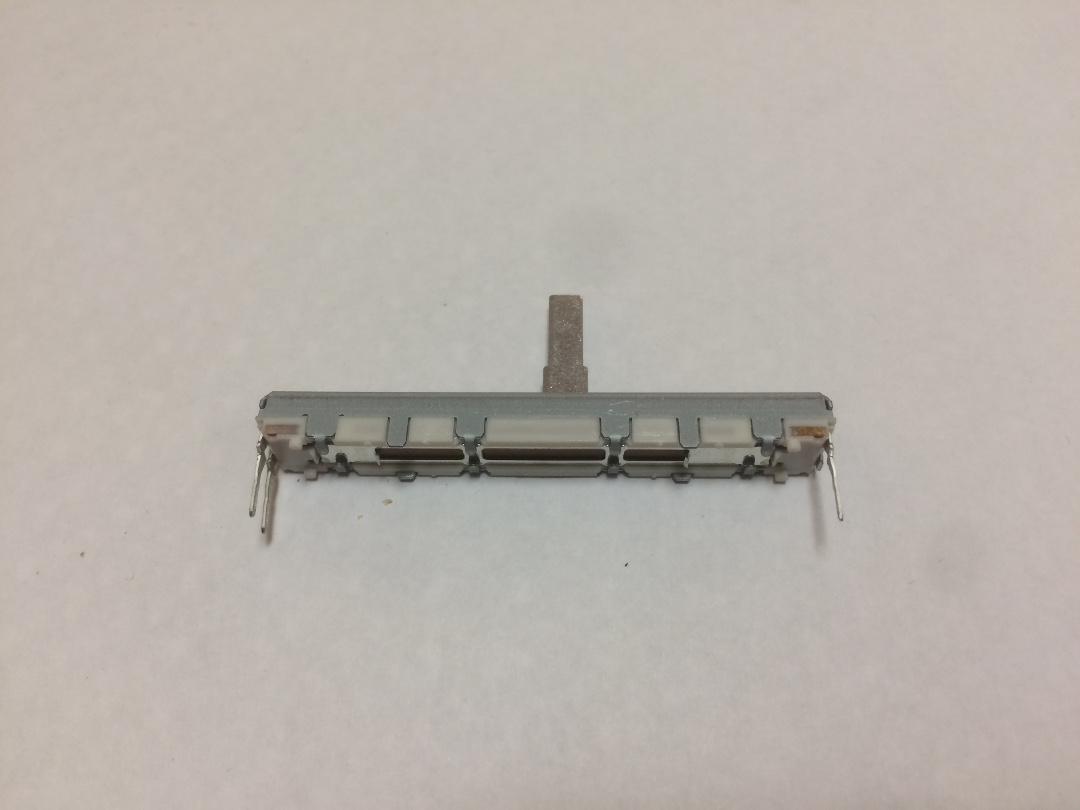 Figure 7. A slider with the "legs" straightened and the extra metal features removed.

The sliders should now fit nicely into the existing PCB holes. If the "legs" are too wide, they may need a careful trimming with a good pair of diagonal cutters. Now they just need to be soldered in! 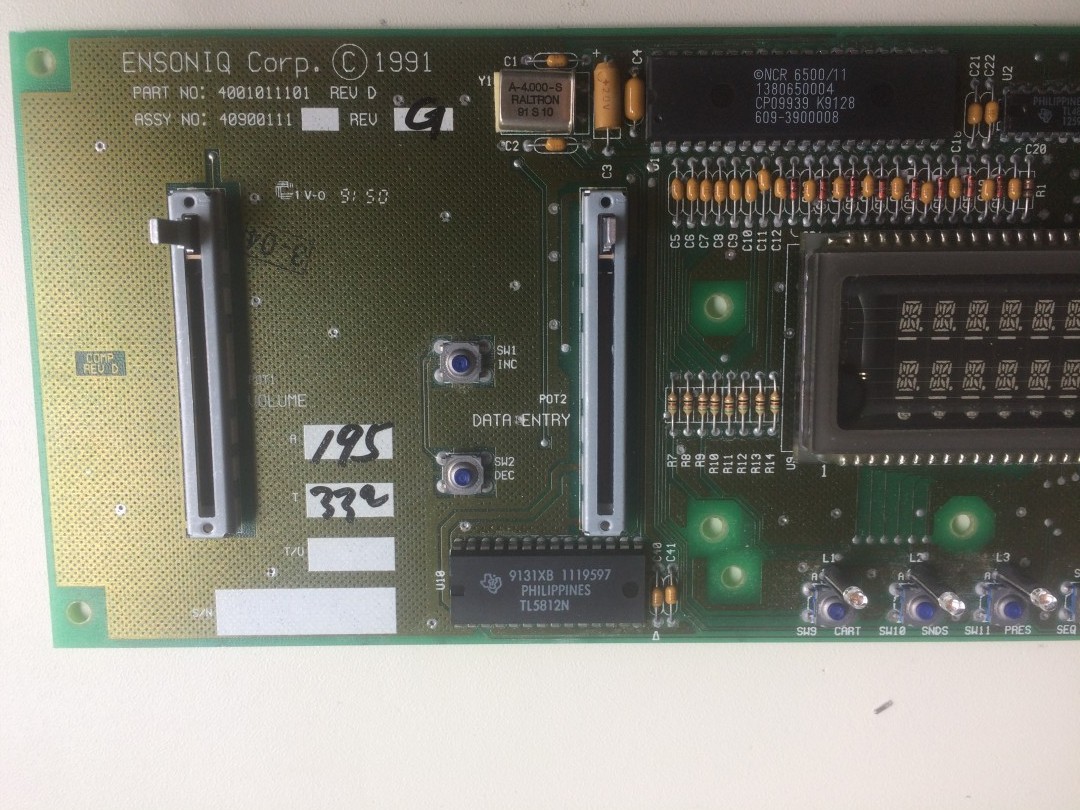 From here, simply re-assemble the synth.

The worst part of reassembly is the buttons that border the display. With a little finesse, it's possible to get them all lined up properly. The slider caps will take a bit of force to get on the new sliders, but try to refrain from bringing out a hammer.